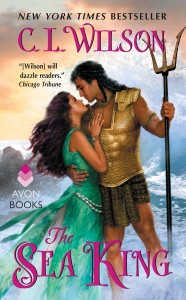 THE SEA KING mass market paperback is now available for preorder at a 34% discount for Amazon Prime members. Get your copy at this great price today!

THE SEA KING, the second book in my Weathermages of Mystral series, and the first in the Seasons of Summerlea trilogy, will be available October 31, 2017 from Avon Books / HarperCollins.

You can also pre-order mass market copies from B&N or Books-A-Million via the following links. Digital copies will be available for pre-order at a later date.

Haven’t read your books , but I plan to. Sound interesting. My favorite “character” in a book is Kryon, by Lee Carroll.

In so ecstatic to finally know the release date!! Woohoo!!

When will the ebook be available for pre-order?

I don’t know. Closer to release date, I imagine.