Tairen Soul: Lord of the Fading Lands and Tairen Soul: Lady of Light and Shadows were my first published novels, but the road to that moment when I first received "The Call" was no short stretch. If you truly want the details, read on.

Before any writer is a writer, they are first a reader. This is a Law of Writing Physics. There is no Big Bang, no seven day miracle from which everything is born out of nothing, no five-fold weave to spin dreams into truths. Before you can write, you must read, and read voraciously.

I cut my teeth on books of all kinds, but mostly fairy tales as a child, which turned into an adult love of romance and fantasy novels. My mother fed this love by reading to me constantly.

Although I actually wrote my first story at age 6 (an episode of the old TV sitcom, Hogan’s Heroes, which I wrote because I was in love with Hogan), I didn’t try my hand at fantasy novel writing until the tender age of 13, after reading the Lord of the Rings trilogy. Typed (not penned!) on scraps of green-bar printer paper snagged from my father’s waste basket, my novel was a gripping Tolkienesque tale called The Sword of Bantia. (I still have the moldy thing, but it’s squirreled away in a master-locked and magic-warded case where it shall never again see the light of day.)

Around the same time I was writing Sword of Bantia, I discovered both historical and Harlequin contemporary romance novels. I was hooked. Passion, drama, angst: these stories had it all. Soon, I took my first, never-completed stab at romance writing. It wasn’t pretty. While Sword may be locked away, The Sparring Match has (hopefully) self-incinerated. I don’t know. I’m quite too afraid to look.

A hundred ideas and partial novels later, I finished my first whole and complete novel: a romance, which I submitted to Silhouette Intimate Moments and which promptly found its way back to me like a GPS-guided boomerang (although the editor ”bless her” did offer to reread the book if I revised it). My second completed work never hit the mailbox. (I was still smarting from the first rejection.) 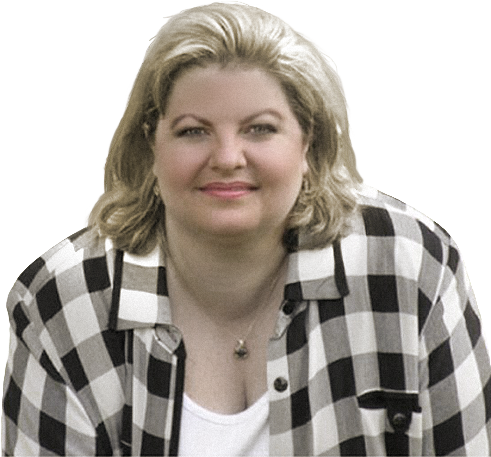 I decided I needed more training in professional writing and returned to college to complete my degree: BA English, with a concentration in Creative Writing. It was only after college that I discovered the unofficial Guildhall of romance writing: Romance Writers of America (RWA).

If you've never heard of RWA, it is a 9,000 member strong organization of writers, but unlike most writers' organizations, RWA is open to both published and unpublished writers. It is also a phenomenal teaching organization. With local and online chapters serving writers around the world, RWA is one of the best writing resources I've ever found. If you are a writer of any sort of genre fiction, I emphatically recommend you check out RWA. (You can avoid the workshops on how to craft steamy love scenes, if those embarrass you.) Writer, get thee to RWA.

I joined RWA and GRW (Georgia Romance Writers my local RWA chapter) and continued both writing and learning.

My third completed book, also targeted for Silhouette, earned another rejection, but this time with a personalized, three-page revision request letter. The sting of rejection was tempered by the first sweet whiff of pending success. I was almost there! Before I could complete those revisions, however, life intervened. I met and married my husband, and we started our family. Writing time yielded to the demands of career, marriage, and motherhood, and for a while I set aside my pursuit of publication.

Some dreams, however, are slow to die. For me, writing is the thing, apart from family, to which I always return. Although children, husband, and job kept me busy, I continued my involvement in GRW and wrote as time permitted. After my third child was born, I quit my job, hired a nanny, and started a consulting business that I ran from my home. During this time, I also started two new books: a contemporary romance novel called Loving Grace and a cross-genre sword and sorcery fantasy/romance about a fierce shapeshifting Fey king and a mysteriously magical woodcarver's daughter who turns out to be his truemate.

In 2000, my family moved from Atlanta, GA, to Bradenton, FL. My GRW support group was now a long, lonely 500+ miles away. I started working full-time again, and I spent two stress-filled years overseeing the construction of our Florida home (a full time job of its own!). This time, however, I refused to let writing be pushed to the back burner. Since I couldn't find time, I had to make time. I started getting up at three and four in the morning to write for a few hours each day before work. (It's amazing how much work you can get done when the world is asleep so long as you adamantly refuse to check email or surf the net.)

Right around then I also discovered something that makes the heart of many unpublished writers go pitter pat: writing contests. In RWA, most local chapters use writing contests as a way to generate cash for the chapter. Contests offer a way to receive unbiased critiques of your work from other writers. Even better, most contests have editors and/or agents as the final judges, so finalling offers a chance to get your work in front of a bona fide editor or agent without moldering in the slush pile! And the thrill of finalling and then winning brings an endorphin rush that's every bit as good as taking a creamy, melting bite of Godiva chocolate. Happy day! (Oh, and did I mention, many contests in RWA offer jewelry as the top prize?)

Since I hadn't cracked the publication nut yet, I decided to pursue success on the contest circuit. (If I couldn't be published, I was determined to at least be draped in jewelry!) Loving Grace, my fourth completed book, finalled in and won numerous contests, including the coveted Georgia Romance Writer's Maggie Award of Excellence. Tairen Soul finalled in even more contests than Loving Grace, but despite glowing reviews from the preliminary round judges, the editor judges simply wouldn't award it a first place.

Then came 2004, my watershed year. Tairen Soul won the NOLA Stars Suzannah award for best paranormal/fantasy romance and received a request for the full manuscript from Executive Editor Mary Theresa Hussey at LUNA Books. It also won West Houston RWA's Emily Award in the paranormal/fantasy category and was selected by bookseller Kay Meriam Vamvakias as the "Best of the Best" of all Emily award winners. And Loving Grace finalled in RWA's prestigious Golden Heart contest for unpublished authors. (I had no idea how big finalling in the Golden Heart was until I became a finalist. The GH opens doors. Editors will put GH manuscripts on the top of their To Be Read files, agents will clear a space to read GH finalling entries.) Between them, Loving Grace and Tairen Soul helped me land an agent and multiple requests for submission from several publishing houses.

2005 was the year of waiting and revising. Loving Grace went out to the editors and earned another rejection. Tairen Soul, the true book of my heart, I keptâ€”and revised. And to keep myself pumped up, I entered it in another contest, the Low Country Romance Writers' Jasmine Award. Alicia Condon, VP of Dorchester Publishing, was the final round judge for the paranormal/fantasy category, and she hadn't seen Tairen Soul yet.

In January 2006, I received word that Tairen Soul had won the Jasmine and that Alicia Condon wanted to see the full manuscript. She requested my email address and sent me one of the best emails an unpublished writer could ever get. To paraphrase: I loved your book. If the rest of it is as good as the first three chapters, I'd like to offer you a contract.

Luckily, Tairen Soul was finished and polished enough to send out, but even revised, the book weighed in at a whopping 675 pages in TNR 12pt type. As my friend Diana Peterfreund loves to tell me, "Cheryl, you did not write a 675 page book - you wrote a 1,000 page book!" In case you're wondering, publishers do not like to publish 1,000 page novels by first-time authors. It's prohibitively expensive and very risky.

Having no illusions about my chances for success, I spent the rest of the year writing a new, much shorter fantasy romance novel with the goal of keeping under the 400 page TNR12 limit. (Tip: When you submit something to an editor, go write something else to keep your mind occupied.)

I decided I needed more training in professional writing and returned to college to complete my degree: BA English, with a concentration in Creative Writing. It was only after college that I discovered the unofficial Guildhall of romance writing: Romance Writers of America (RWA).

If you've never heard of RWA, it is a 9,000 member strong organization of writers, but unlike most writers' organizations, RWA is open to both published and unpublished writers. It is also a phenomenal teaching organization. With local and online chapters serving writers around the world, RWA is one of the best writing resources I've ever found. If you are a writer of any sort of genre fiction, I emphatically recommend you check out RWA. (You can avoid the workshops on how to craft steamy love scenes, if those embarrass you.) Writer, get thee to RWA.

I joined RWA and GRW (Georgia Romance Writers my local RWA chapter) and continued both writing and learning.