Below are our heros and villans of Eloran. Click on any of the links below to find out more about the lands of Eloran. 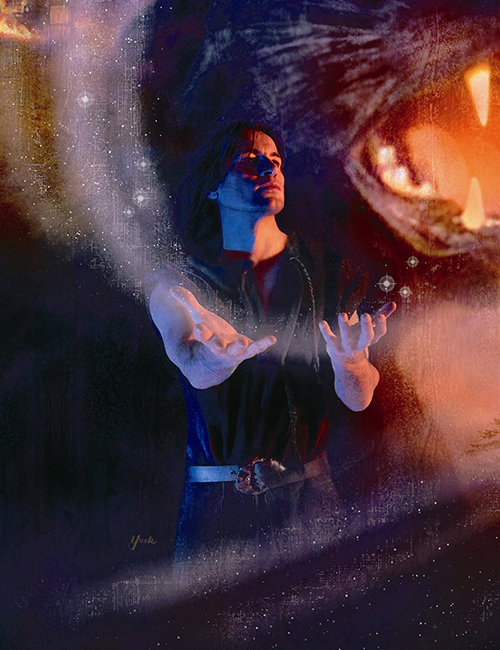 A master of all five Fey magics and the only living Fey capable of shapeshifting into one of the magical, winged tairen of the Fading Lands, Rain Tairen Soul has survived what no Fey ever has: the death of his mate. When the Mages killed his beloved e’tani, Sariel, during the Wars, he went mad with grief and scorched the world, decimating half an entire continent in days and turning the dark forests of Eld into smoldering ashlands. Only the combined will of every tairen and shei’dalin in the Fading Lands managed to stop him. For the last thousand years he has lived in madness and torment, waiting for another Tairen Soul to be born so he can at last join Sariel in death.

Now darkness is rising again in the homeland of his enemies, and his soul-kin the tairen are dying. Rain Tairen Soul must return to the world to confront evil once more. And there he discovers the woman whose soul calls to him as no woman’s-not even Sariel’s-ever has, the only woman for whom he would risk an emotional attachment strong enough to rouse the tairen’s wrath: Ellysetta Baristani, Rain’s truemate.

The Tairen Soul Series (books one through five) tells Rain’s story as he and Ellysetta quest to save the tairen and the Fey, defeat the evil High Mage of Eld, and complete their truemate bond.

Belliard vel Jelani (Bel) - Solitary, fierce, and the deadliest Fey warrior in the Fading Lands after Rain, Bel is a master of every Fey magic except Earth, which to his embarrassment he cannot wield at all. At 1,400 years old, and a veteran of the Mage Wars, it won't be long before he seeks sheisan'dahlein, the Fey honor death, or slips down the Dark Path to become dahl'reisen, an honorless outcast of the Fading Lands.

Kieran vel Solande - Son of the powerful shei'dalin, Marissya v'En Solande and her truemate Dax, Kieran is the youngest of the Fey, and the only child born since the Mage Wars. Despite his youth, he is an exceptionally strong master of Earth, Air, Spirit, and Fire, and a 4th level Talent in Water, and has completed all levels of the Dance of Knives, the grueling 400 years of training required for every Fey swordmaster before he can protect a Fey shei'dalin when she travels outside the Fading Lands.

Though his skills are impressive enough to earn him a place in the Fey queen's primary quintet, Kieran has never known war. He is the only Fey warrior whose soul is still bright and untarnished by death. But the Fey have a saying: only the hottest fires can temper the strongest Fey blades. The great gifts of the Fey come with an equally great price, and the gods will soon test the mettle of Kieran, son of the powerful Solande and Serranis lines.

Rowan vel Arquinas - A master of Fire and Earth, Rowan was still young when the Mage Wars broke out. His parents kept him out of the Wars as long as they could, but the first blooding of his blades came on the battlefield long before he'd completed his levels in the Dance of Knives. Though he keeps the secret of his horror to himself, those last, desperate days of the war showed him a frightening side to his soul. He hides his fear behind a wicked sense of humor and devotes himself to protecting his brother Adrial and their sister Sarieka, but deep inside he realizes the Dark Path already knows his name. One day, it will be calling.

Adrial vel Arquinas - A master of Air and Earth, Adrial has seen his share of fighting in human wars that threatened the Fey allies in Celieria, but he escaped the bitter battles of the Mage Wars. And his older brother Rowan has always protected him from the worst of every battle they've fought. Like all Fey, he has dreamed of finding his truemate, but after a thousand years of fruitless searching he is beginning to lose hope.

Keil vel Tomar - A master of Water and Spirit, and a fourth level talent in Earth and Air, Kiel is a quiet, solitary Fey. Like Kieran and Adrial, little death has darkened his soul, but as a Water master, Kiel knows all to well that still waters often hide deep and violent currents. Beneath his calm surface, the tairen that lives in all Fey crouches with deadly menace. He's never unleashed his full fury, but when he does, he knows the results will be devastating. 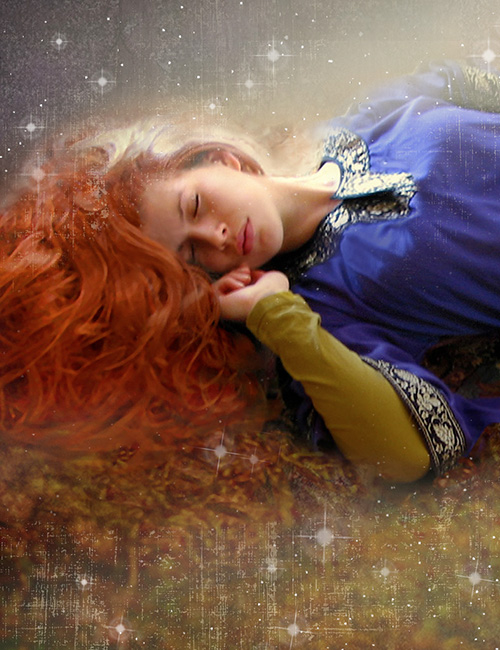 Lauriana Baristani - Ellysetta's adoptive mother. Born and raised in a small northern town situated between Greatwood and the dark Verlaine forests, Lauriana grew up witnessing first hand the corruptive magic that has infused the north since the devastation of the Mage Wars, from the mutated predators that roam Celieria's northern forests to children born with frightening afflictions and deadly gifts. Consequently, she harbors a deep and abiding fear magic in all its forms.

When Rain Tairen Soul, one of the deadliest and most magical immortals of them all, claims her daughter, Lauriana knows she must find a way to save her adopted child from the perils of magic. 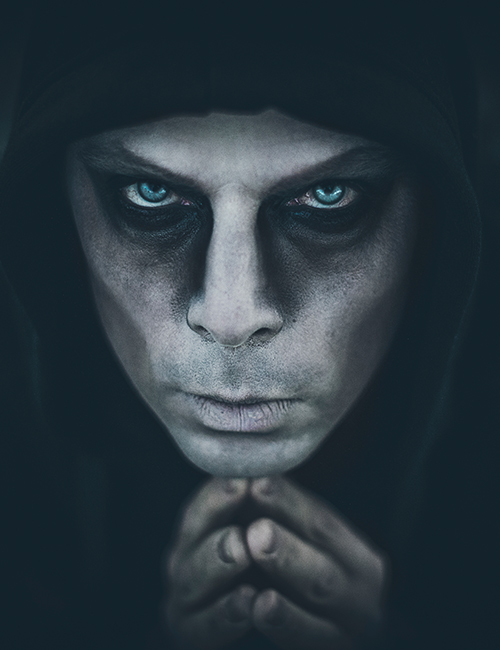 Vadim Maur - The white-haired, silver-eyed High Mage of Eld. At 1,800 years old he is nearing the end of his unusually long first incarnation. After the scorching of the world, he assumed leadership over all the Mages who had escaped Rain Tairen Soul's wrath and has been quietly and secretly rebuilding the strength and power of the Mages beneath the dark, forested surface of Eld.

Kolis Manza - Kolis currently serves his master in Celieria, Vadim Maur. If his efforts suceed, the Fey-Celierian alliance will fall and Queen Annoura of Celieria will become a servant of the Mages.